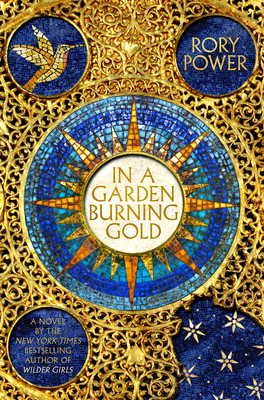 Synopsis:
Twins imbued with incredible magic and near-immortality will do anything to keep their family safe—even if it tears the siblings apart—in the first book of a mythic epic fantasy from the New York Times bestselling author of Wilder Girls.

Rhea and her twin brother, Lexos, have spent an eternity helping their father rule their small, unstable country, using their control over the seasons, tides, and stars to keep the people in line. For a hundred years, they’ve been each other’s only ally, defending each other and their younger siblings against their father’s increasingly unpredictable anger.

Now, with an independence movement gaining ground and their father’s rule weakening, the twins must take matters into their own hands to keep their family—and their entire world—from crashing down around them. But other nations are jockeying for power, ready to cross and double cross, and if Rhea and Lexos aren’t careful, they’ll end up facing each other across the battlefield.

In A Garden Burning Gold was an odd book that was heavily into the political, which I tend to enjoy. Imagine a world that’s sort of like Greece with but instead of gods, it has immortal city state rulers and their broods of offspring who are granted shards of their parents power. You can kill them and take over their role for yourself if you fancy it, but you have to kill the whole family line.

The main characters are Rhea and Lexos, two children of one of the city-state rulers. I say children, but they’re hundreds of years old though admittedly they act rather immature or unwisely at times. Rhea and Lexos play important roles in ensuring stability across the lands, not just their own territories. Rhea takes a spouse each season and at the end of that time period she kills them to usher in the next season. As a result, she’s interacted with many more people than her siblings have and she’s seen more of their territory. You’d think that killing someone each season would make her unpopular, but to be chosen as her spousal sacrifice offers great benefits for the family and the city from which they were chosen so Rhea is feared but perhaps not as hated as she might be. Lexos’ job is to control tides and literally put the stars in the sky each night. He’s also the chosen heir to their father and he goes on diplomatic trips alongside him, interacting with the Seconds of each of the other city-states. Their younger two siblings have been granted lesser abilities and essentially never leave the family compound though they aren’t unimportant in the scope of this story.

As they live out their days, the siblings begin to notice their father isn’t quite the man he used to be. He’s making poor decisions that harm or alienate their people and they begin trying to mitigate the damages in small ways. Eventually they begin rebelling in bigger ways – Rhea goes against her father’s choice for her next spouse and instead picks a man from a territory near rebellion. Lexos begins making his own deals and plotting for their family’s success without their father’s knowledge. Contingency plans, if you will. Of course, it wouldn’t be much of a story if all their plans and plotting went smoothly.

This was an interesting story and I almost always enjoy a story that goes heavy on the politics. I just love some good, old fashioned backstabbing and plotting! I will say that these characters were unbelievably naive for people who’ve lived for a century already, even if they don’t get out much. It would have been easier if they had been like, in their thirties or something and were trying to keep their aging father from running the kingdom into the ground. It was different and was a surprisingly light read for something that was more politically oriented, which was great since I was plowing through books on a long flight! The ending took a somewhat surprising turn and I’ll be keeping my out for news of the sequel.