Set in the same world as Waypoint Kangaroo, Curtis C. Chen’s Kangaroo Too is bursting with adrenaline and intrigue in this unique outer space adventure.

On the way home from his latest mission, secret agent Kangaroo’s spacecraft is wrecked by a rogue mining robot. The agency tracks the bot back to the Moon, where a retired asteroid miner―code named “Clementine” ―might have information about who’s behind the sabotage.

Clementine will only deal with Jessica Chu, Kangaroo’s personal physician and a former military doctor once deployed in the asteroid belt. Kangaroo accompanies Jessica as a courier, smuggling Clementine’s payment of solid gold in the pocket universe that only he can use.

What should be a simple infiltration is hindered by the nearly one million tourists celebrating the anniversary of the first Moon landing. And before Kangaroo and Jessica can make contact, Lunar authorities arrest Jessica for the murder of a local worker.

Jessica won’t explain why she met the victim in secret or erased security footage that could exonerate her. To make things worse, a sudden terror attack puts the whole Moon under lockdown. Now Kangaroo alone has to get Clementine to talk, clear Jessica’s name, and stop a crooked scheme which threatens to ruin approximately one million vacations.

But old secrets are buried on the Moon, and digging up the past will make Kangaroo’s future very complicated…

Still full of crazy spy missions, wormhole pockets, and bizarre descriptions of the time, Kangaroo Too was a tremendously fun second installment. I’m surprised at how little buzz I’ve seen for Chen’s sci-fi spy series and hope that my reviews of both Waypoint Kangaroo and Kangaroo Too will persuade you to try it out. These would make fun vacation reading material!

This time around Kangaroo and Dr. Jessica Chu (Surgical) have been assigned to go rendezvous with a contact on the moon in an attempt to track down Sakraida, former D.Int and turncoat. Everything is going according to plan until Jessica Chu gets accused of murder. They’re super-secret government agents so no big deal, right? WRONG! Dr. Chu is in custody and Kangaroo offers himself up as her defense attorney, which couldn’t possibly go wrong. Things only get more interesting from this point on – moon terrorism, secret government projects, moon bases, robot hordes, and clones. Every page was something new and/or exciting and kept me turning pages in anticipation of the next wild action scene. The combination of the characters and plot keep the pace moving along smoothly with nary a moment of boredom.

Kangaroo Too was definitely a fun read on par with the first book, Waypoint Kangaroo, and I was left with a certain sense of eagerness for the next installment. Curtis C. Chen has done a great job of incorporating humor into a serious plot arc. I was left with a goofy smile plastered on my face, pleasantly surprised that I enjoyed the antics of Kangaroo despite typically being put off by “funny” books. This book would work well enough as a standalone for anyone thinking of jumping in now, but as with all series, you’ll miss some key points/event from the first book.

A Gathering of Ravens by Scott Oden

This is the first book I’ll be finishing up this week. As I type this, I’m about 100 pages in and find it to be epic. It reminds me of a mix between Beowulf and the Vikings tv show. 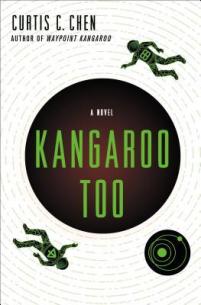 Kangaroo Too by Curtis C. Chen

I’ve tentatively decided to read Kangaroo too this week also, but I might be overreaching a bit! If it’s anything like it’s predecessor, this should be a quick, fun spacey-spy adventure with a bizarrely humorous twist. 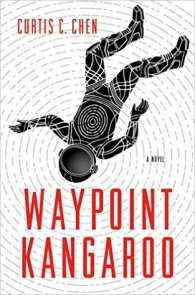 A review copy was provided by the publisher in exchange for an honest review.

A high octane science-fiction spy thriller that puts a new spin on the outer space adventure, WAYPOINT KANGAROO kicks off a blockbuster series full of adrenaline and intrigue.
Kangaroo isn’t your typical spy. Sure, he has extensive agency training, access to bleeding-edge technology, and a ready supply of clever (to him) quips and retorts. But what sets him apart is “the pocket.” It’s a portal that opens into an empty, seemingly infinite, parallel universe, and Kangaroo is the only person in the world who can use it. But he’s pretty sure the agency only keeps him around to exploit his superpower.

After he bungles yet another mission, Kangaroo gets sent away on a mandatory “vacation:” an interplanetary cruise to Mars. While he tries to make the most of his exile, two passengers are found dead, and Kangaroo has to risk blowing his cover. It turns out he isn’t the only spy on the ship–and he’s just starting to unravel a massive conspiracy which threatens the entire Solar System.

Now, Kangaroo has to stop a disaster which would shatter the delicate peace that’s existed between Earth and Mars ever since the brutal Martian Independence War. A new interplanetary conflict would be devastating for both sides. Millions of lives are at stake.

Weren’t vacations supposed to be relaxing?

I was very excited to receive an ARC of Waypoint Kangaroo from Thomas Dunne Books/St. Martin’s Press because I requested it on a crazy whim. I really had no idea what it was about and hadn’t heard any coverage from other bloggers, but I knew it was a sci-fi spy story and that sounded pretty good. It’s hard to beat a good spy story and this one didn’t disappoint in the least.

Kangaroo is an agent with an unusual ability- he can open a portal to another dimension. This sounds very exciting but in reality it’s mostly just a limitless storage device that other people can’t see or access. He’s average in appearance and tells really terrible jokes at inappropriate times, but he’s an indispensible asset to his super secret spy team and by asset I mean that he’s basically an experiment and he’s constantly monitored by his handlers. Now that I think about it, he’s a slightly more sci-fi version of Chuck Bartowski from the tv series Chuck. Man I loved that show…

Our special agent gets sent on a mandatory vacation to Mars to keep him from being interrogated by the dreaded auditors and being revealed as the weakest link. Of course the vacation doesn’t go smoothly and Kangaroo (aka Evan Rogers) finds himself in the middle of an interplanetary crisis. It starts out with the murder of several passengers and escalates quickly from that point. In between unmanned space walks and murder investigations, Kangaroo finds time for some romantic escapades that involve the purchase of an obscenely expensive bottle of wine. The actual spy part of the story kept me on my toes the whole time! I genuinely had no idea who to suspect or what the motive for the crime could possibly be until it was stated rather clearly near the end of the book. It was unpredictable, with lots of twists and turns and people being framed for crimes they didn’t commit. I have genuine appreciation for plots that I can’t predict and respect their authors even more.

Overall, Waypoint Kangaroo was a very entertaining read- perfect for summer vacations or light reading. There will be at least one sequel to Waypoint Kangaroo and I look forward to seeing how the characters change and what types of trouble Kangaroo will manage to get himself into.

The Wheel of Osheim by Mark Lawrence 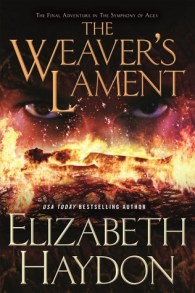 The Weaver’s Lament by Elizabeth Haydon 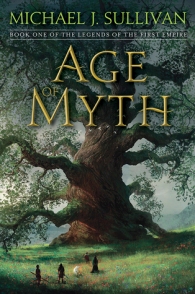 The Dark Side by Anthony O’Neill

And I Darken by Kiersten White 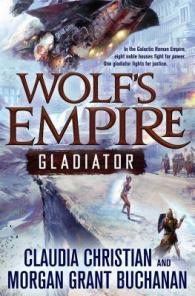